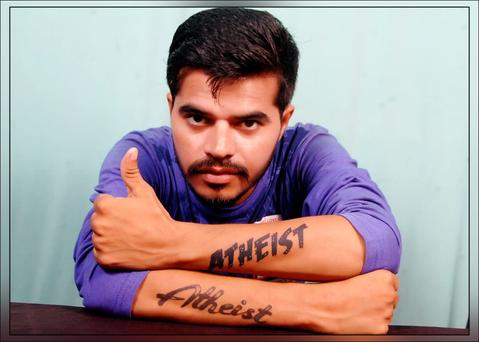 Haryana, India. He has observed many holy wars, honour killings which are done due to religions and different caste’s. He was very much disturbed by these community wars, wanted to bring a change in the society, so changed his name to Ravi Atheist- ‘Atheist’ means the one who does’nt
believe in the existence of God. He has included the same name in his aadhar card also.Ravi wanted to bring an awareness in the society. He has been appreciated for his work and awarded with
“Social Change Maker”.