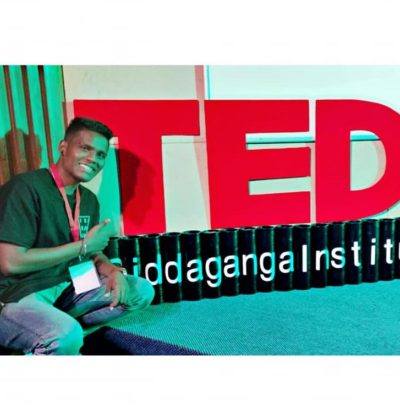 Hariharan (Born on 23rd October 1997), from Bengaluru, Karnataka, India. He is a Beatboxer, who utilised the instrument Kazoo with beatboxing. Kazoo is a small, simple musical instrument consisting of a hollow pipe with a hole in it, over which is a thin covering that vibrates and adds a buzzing sound when the player sings or hums into the pipe. Hariharan being so creative used Beatboxing and Kazoo and formed new art called Kazoo Beatboxing and he is the first Indian to Beatbox using Kazoo instrument. His High Range Talent in making rhythmic sounds using Kazoo instrument has received many accolades.